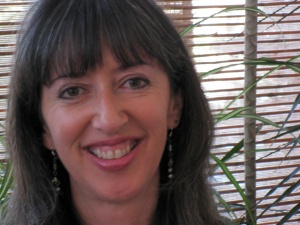 When I started this blog in 2010, I was a project manager with an interest in nature, the environment, and community.

In 2013, I made a career transition into clean energy, as Communications Director at a clean energy startup, Sunible — which was then acquired by another startup, MyDomino. We believed we could make a substantial, positive impact on the world by changing our energy sources from dirty fuels to clean energy. To do that, our energy savings concierges guided people down a simple path of clean energy actions, from home solar to LED lights. Our goal was to create 1 billion actions toward our clean energy future.

Sadly, MyDomino closed in June of 2017. Since September 2017, I’ve been Communications Director at a clean energy nonprofit, the Clean Coalition. We’re working hard to accelerate the transition to renewable energy and a modern grid.

I’ve been the top individual fundraiser 10 years in a row for the SF Bay Area GRID Alternatives Solarthon, where I help install solar PV systems for low-income families. Back when I worked at Adobe Systems, I convinced Adobe to become a corporate sponsor for GRID, and as part of this, I organized an Adobe volunteer day.

Before high tech I worked in publishing, both as a freelancer and at various book publishers. At Harper San Francisco, I managed the production of titles in psychology, religion, self-help, and the environment — such as The Bottom Line of Green Is Black and Seeds of Change.

My editing skills allowed me to transition from publishing to high tech, and as a Program Manager, I realized that I’d been using both project management and communications skills all along. Those skills have served me well in subsequent positions. For more thoughts on these areas, see my blog posts.